Chairs of the Department of Medicine 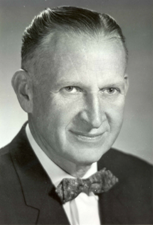 The first chair of the Department of Medicine, Robert H. Williams, came to Seattle in 1948 to head the newly established department after spending 14 years at Johns Hopkins, Vanderbilt, and Harvard.

Dr. Williams was an internationally recognized endocrinologist with a deep regard for the values of education and medical research that set the standards for subsequent development of the department.

He recruited a small, promising, and ultimately highly successful faculty who rapidly led the department to a position of leadership in academic medicine.

Under Dr. Williams’ leadership, the department grew to include ten divisions and rapidly expanding programs in biomedical research. By 1960, departmental research support from grants exceeded $2 million. 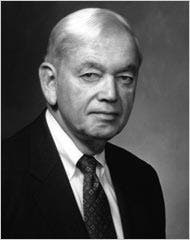 Dr. Robert G. Petersdorf was appointed chair of the department in 1964 after serving as chief of medicine at Harborview Medical Center.

A graduate of Yale Medical School, he had come to the UW in 1960 after holding faculty appointments at Yale and Johns Hopkins.

During the 1960's and 1970's, the department saw tremendous growth in size and scope. When Dr. Petersdorf began his chairmanship, there were 69 full-time faculty members, 66 residents, and 82 research fellows.

By 1978, the department had grown to 322 full-time departmental faculty, 118 residents, and 148 research fellows. The number of divisions expanded to 13, and the Primary Care Internal Medicine program was established.

Faculty research made enormous strides during this period, along with the creation of research centers in diabetes, reproductive medicine, inherited diseases, and gerontology.

A graduate of Tufts Medical School, Dr. Fialkow trained in medicine and genetics at the University of California, San Francisco, and at UW. He had served as chief of medicine at the Seattle VA since 1974.

Under Dr. Fialkow’s leadership, NIH grants to the department grew to over $24 million annually, and total outside research funds stood at $38 million by 1988.

New programs were established in occupational medicine and nutrition, and the Division of Ambulatory Medicine became the Division of General Internal Medicine, incorporating research in health services, clinical epidemiology, ethics, decision analysis, and other areas. 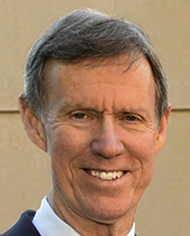 Dr. Fialkow became dean of the University of Washington School of Medicine, and Dr. Paul G. Ramsey was appointed as chair of the department after serving for 18 months as acting chair.

Dr. Ramsey completed his medical school and residency training at Harvard and came to the University of Washington in 1978 to complete fellowship training.

The Division of Emergency Medicine was created, and the Neurology Division became a separate department. An affiliation was completed with the Fred Hutchinson Cancer Research Center, ambulatory clinics increased in number and size, and research programs in molecular medicine, health services research, and AIDS/sexually transmitted diseases grew dramatically.

In July 1997, Dr. Ramsey became vice president for medical affairs and dean of the University of Washington School of Medicine. Dr. Henry Rosen, associate chair of the department, was named acting chair. 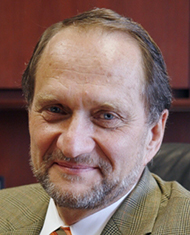 In December 1998, Dr. William Bremner, who had been vice chair of the department since 1987, became the fifth chair of the Department of Medicine.

Dr. Bremner is a graduate of Harvard University and the UW School of Medicine, where he went on to complete residency and fellowship training before earning a PhD from Monash University in Melbourne, Australia.

A specialist in male reproductive endocrinology, he is co-founder and director of the UW's Center for Research in Reproduction and Contraception. 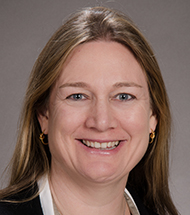 Dr. Barbara Jung became the sixth chair of the Department of Medicine on September 1, 2019.

She received her medical degree with thesis in 1996 from the Ludwig-Maximilians University in Munich, Germany. After a postdoctoral fellowship at the Sidney Kimmel Cancer Center in San Diego, she completed a residency in internal medicine and fellowship in gastroenterology at UC San Diego.

She accepted a faculty position at UC San Diego in 2004 and became assistant program director for the Gastroenterology Fellowship Program in 2006. She was recruited to Northwestern in 2009 and to the University of Illinois at Chicago in 2013 as the Thomas J. Layden Endowed Professor in Digestive and Liver Diseases and Division Chief of Gastroenterology and Hepatology.

Dr. Jung’s research interests are in colorectal cancer, tumor genetics, and activin signaling and tumor progression and she studies colon cancer progression and metastasis in her lab. Her research in acute pancreatitis focuses on the relationship between activin signaling and inflammation. Her clinical focus is on the diagnosis and management of patients with Lynch and polyposis syndromes and she leads a multidisciplinary, personalized high-risk GI clinic with an associated clinical and tissue registry.

She has a strong track record of teaching and mentoring students, residents, and fellows.